In Judges Chapter 4 there was a woman in the Bible name Jael.  God used Jael to serve Israel well.  The Bible tells us that Jael was a Bedouin and the wife of Heber the Kenite.  During the time of Jael, Israel was at war with the Canaanites.

The Bible tells us that Sisera was the commander of the Canaanite army. Sisera was a powerful and cruel man who oppressed the children of Israel for twenty years. However, the prophetess Deborah prophesied that Sisera would be delivered into the hands of a woman.

One day, Sisera fled on foot, as Deborah and her army pursued him.  Sisera happened to run pass the tent of Jael. Jael saw Sisera and came out to meet him. Jael said, “Turn aside, my lord,” “Do not be afraid.” Sisera had no reason to be suspicious of Jael’s hospitality. Jael was not an Israelite. Her people, the Kenites, were at peace with the Canaanites.

Jael showed Sisera every possible kindness.  Sisera, enjoyed Jael’s hospitality and drifted off to sleep. While Sisera slept, Jael took her hammer and drove a tent peg through his head.

Jael’s courage brought victory to the nation of Israel.  Jael’s faithfulness released Israel from the oppression of the Cannanites and Sisera.   The oppression that had lasted for twenty years ceased. Israel had been delivered by the hands of a woman!

The story of Yael can be looked at as a metaphor of how we should fight our spiritual battles. 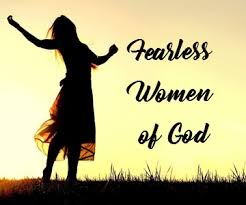 For many, the biggest battle we will fight in this life is the battle against sin. Sin is a direct threat against holiness and our relationship with God.  The great theologian, Charles Spurgeon compared Sisera to sin. Spurgeon asserted that, “we should not be content to see our sins simply fleeing from us; we should be ready to pursue them and then drive them into the ground—dead—with a nail, the way Jael did.”

What can we learn from the story of Jael?

When the Holy Spirit prompts us to act, we need to have already decided in our hearts that we will always say yes to God.

Jael didn’t waste a moment thinking, “If only I had a sword.”  Jael simply took up the tools at hand and did what was best for Israel.

God equips His people for the work He puts in front of us for His purposes.  God uses whom He chooses and we need not ask why.

Our motive should always be to honor God, even when we don’t feel skilled, equipped, or prepared, God ensures that we live for the sake of His glory.

Today, as women of God, let us arise in VICTORY and in FORTITUDE.  This is our DESTINY as HOLY women of God!

PRAY – Keep building your spiritual endurance by praying without ceasing/

JOURNAL – Reflect upon the times in your life when you had to be brave and make a BOLD stand for the Lord.  What is God saying to you about COURAGE?  Wait in the presence of the Lord.  Hear what God is saying to you.  We are training our ear to hear from God.  Speak out in prayer concerning that which Abba has shown you.  You are strengthening your prophetic voice.

Let’s go deeper in prayer.  Through the power of intercession Yeshua equips us to ENTER and POSSESS the Land – and conquer the strongholds keeping us from FREEDOM and FULLNESS.  Please CLICK HERE for powerful prayers and resources.