Release The Roar – Silence The Accuser 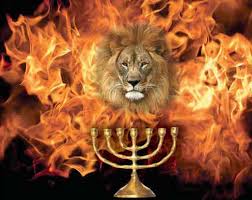 Have you become discouraged and overwhelmed by the intensity of spiritual warfare in this season?  Today, I want to encourage you to take heart.  Release the Roar.  Silence the lies of the enemy.   It’s not over for you.  God is not finished yet.   You have not missed it.  You are not too late.   Receive encouragement today!

Silence The Voice of Discouragement

To be discourage is to “be deprive of confidence.”   The enemy is after your confidence in God.    When problems or pressures overwhelm us, we often experience depression, which drains us of spiritual, emotional, and physical strength. When this happens, our spirits are “crushed” and we have no desire or energy to fulfill our God given purpose.  This is the enemy’s intent.  Release the ROAR!  Release PRAISE!  Release WORSHIP!    Make prophetic declarations in the Spirit!  I will OVERCOME!  I am HEALED!  I am RESTORED!

“Put a Word {God’s WORD} against the enemy’s word!  Encourage yourself in the LORD!”

In this fallen world, discouragement and disappointment are emotions that we will experience.  However when these emotions arise, we must take care of our well being by re-setting our focus on God.  The enemy brings discouragement to distract our focus from God and His kingdom purpose.  In Ezra Chapters 4-6, the children of Israel were rebuilding the temple, the enemy sent accusations against them to disrupt the purpose of God –– halting the progress of rebuilding the temple for about 16 years.   However, many years later, God raised up a king named Cyrus to issue a decree to complete the rebuilding of the temple.

If you are discouraged today, look up!  Yeshua is our hope.  He revives our broken spirits.  He puts back the pieces of shattered dreams and broken lives.

← Rediscovering The Beauty of Hiddeness – Conquering The Spirit of Distraction
Hebrew Year 5780 – Elul: 40-Day Ascent To The Days of Awe →